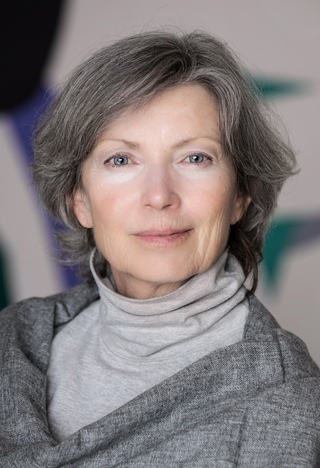 Jackie Henrion has been the host of weekly radio show Songs-Voices-Poems on 88.5 KRFY in Sandpoint, Idaho since 2014. She is most interested in the way we decipher, construct, and communicate our views of reality. In a world which seems increasingly torn apart by diverging views, she strives to discover common roots such as those found in songs and poetry. Since aural traditions pre-date written, her discussion of voice quality also touches on psychological and spiritual resonance which may disturb or soothe.

Her diverse background as a child of artists in Greenwich Village, absorbing aspects of fine arts, music, philosophy, and psychology gives her an intellectual and inquisitive perspective. After earning an undergraduate degree in psychology, she put it to work in a twenty year career in male-dominated business which emphasized quantitative and analytic skills, earning an MBA at the University of Puget Sound and an executive position until her retirement in 1995.

"At that point I realized I had pursued the energy of men for the first fifty years of my life. Now I wanted to explore the energy of women. When I saw the stained glass odalisque of a woman at the Hotel Hope in Hope Idaho, I was intrigued then obsessed. She became the inspiration for that pivot point." After over a decade of research, and through an MFA in Creative Writing at Naropa University's Jack Kerouac School of Disembodied Poetics, Henrion completed her first book Rerooted. Published in July 2019, it employs conceptual literary strategies common to impressionist painting and collage.

"Using bursts of information, history, memoir, and poetry, the story invites the reader to construct connections from a non-linear progression of clues woven through the concepts of roots, roses, and renewal."

A Weaving of Women

Rerooted is a fictionalized story based on the life of Marie Root. It portrays a woman who escapes a brutal marriage in Michigan via the recently completed Northern Pacific Railroad. In 1908 she arrives at the lakeside logging and mining town of Hope, Idaho. Her survival depends on making choices common to other women in history. Ultimately she seizes the opportunity to rescue the Hotel Hope from a gambling debt, stamping her own brand on its “hospitality services.”